Getting Apple Emoji on the Raspberry Pi

I talked about getting the HyperPixel 4.0 to work in my last post, but I also wanted an excuse to show it off. I’m building a Grafana-based statusboard for the services I run on my lab, and I wanted some character. AFAIK, Raspbian doesn’t include Emoji fonts, but you can add some with Google’s noto-emoji.

I wanted Apple emoji, so I zipped the .ttc and, copied it to my Pi, and it extracted into /usr/shared/fonts/. This would be easy to automate since Apple regularly adds characters with updates. 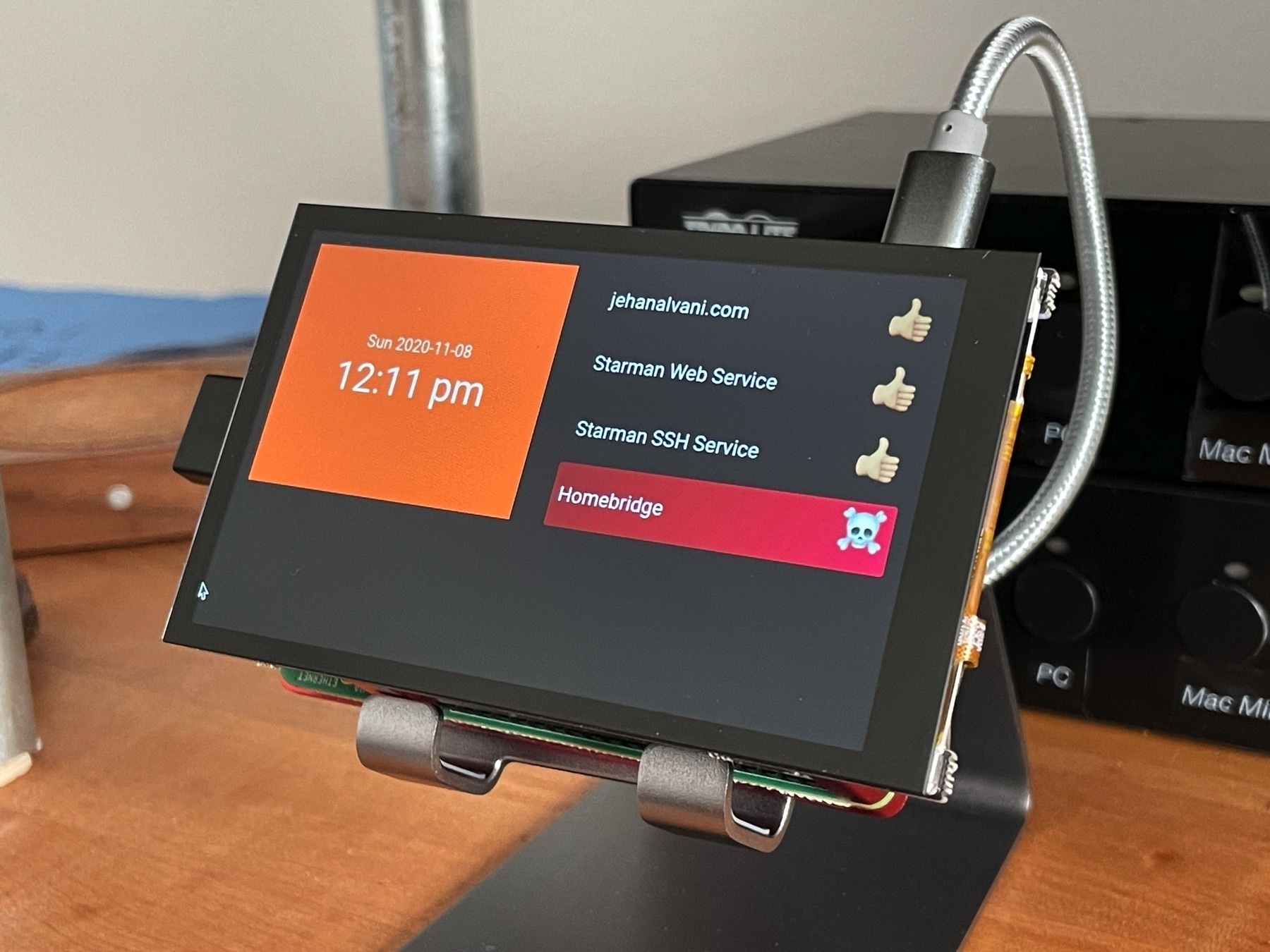